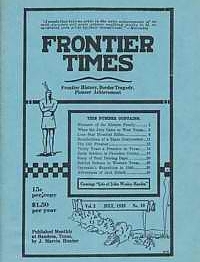 Massacre Of The Khenen Family

Judge I. D. Ferguson, Denton, TX. Account of German farmer , Mr Khenen and family of Montague Co. Neighbors, Stephen Roberts and Mrs Paschall and children. Oct. 1867 was the date of this terrifying incident wherein 20-30 Indians brutally attacked the women and children. From the article: "I drew my pistol and whirled my horse and dashed up to the house the fence was down, and I rode into the yard just south of the gate. Just as I appeared in front Mrs. Khenen came to the door; her head and face were one mass of blood; and the blood running down all over her clothes. She was scalped alive! With a gasping and faint voice, she said "they are all gone now- O! my poor little children, they are all dead. I am the only one left alive. God bless you, you have come to help me." She fainted and sank down on the floor, I ran to the well and got some water and wet her face and she revived; I then told her I would run home and get help; I jumped on my horse and ran home and got father and the other boys and we unloaded the wagon and harnessed up the horses and went down and brought them all up and they are here now in the house."

We all lifted our hands and took a vow that we would never spare the life of an Indian that should fall into our hands. We have not all been able to keep that vow; Creed Roberts afterward had the opportunity, and killed an Indian; and his father one morning found two Indians at the spring, and shot one dead, but the other one escaped. But all this did not compensate for the lives of those innocent women and children. By the time Rufus Roberts was through telling his story, we had put up our horses; we then went to the house and ate breakfast, and then walked out of the dining room into the room where the dead lay. With uncovered heads, we lifted the... Poor Mrs. Khenen lived 12 days before she was relieved of her suffering.

This story will make you weep, and also admire the courage of those who paved the way for our comfort.

When The Jury Came To West Texas

Mable Eppard Martin. Account of events in upper Rio Grande valley town of Socorro, where "law was merely a matter of ‘draw!’" and no self-respecting citizen was safe beyond the threshold of their own doors. Between Comanches and desperadoes, the town was as lawless as any in the West. Here, the Mexican "Alcade" was the lone representative of any lawful peace-keeping – but he was usually as frightened and impotent as any normal citizen. Here is an eye-witness account of the jury that finally brought order to the town of Socorro: "on the present occasion circumstances rendered it necessary for safety, as well as for the purpose of warning the gang who were about to have their deserts, that all should be doubly armed. In the courtroom, therefore, where one of the most solemn scenes of human experience was enacting, all were doubly armed save the prisoners. There sat the judge, with a pistol lying on the table before him; the clerks and attorneys wore revolvers at their sides, and the Jurors either were armed with them or unerring rifles. Members of the commission and citizens, who either were guarding the prisoners or protecting the court, carried handy revolvers, rifles or shotguns, thus presenting a scene more characteristic of feudal times than nineteenth-century America."

"The fair but sunburnt complexions of the American portion of the jurors, with their weapons resting against their shoulders and pipes in their mouths, presented a striking contrast to the swarthy features of the Mexicans, muffled in checkered serapes, holding their broadbrimmed glazed hats in their hands and delicate cigarritos in their lips.. The reckless, unconcerned appearance of the prisoners, whose unshaven faces and disheveled hair gave them the appearance of Italian bandits rather than Americans or Englishmen; the grave and determined bearing of the bench, and the varied costumes and expressions of the spectators and members of the commission,, clad in serapes, blankets or overcoats, with their different weapons and generally long beards, made altogether one of the most remarkable groups which ever graced a courtroom."

Recollections Of A Texas Cowpuncher

First-rate and first-hand account of Missouri tenderfoot who relocates north of Dallas, and joins in with cowpunchers and spends next 20 years at that endeavor. All the romance of the John Wayne & Marlboro man ideas are put to the test with this hands-on account – you’ll love it. Further Mentions: The Crutchfield Hotel, just north of the square one block, White Rock, Andy Johnson, Mr. Bracher. Bill Jackson. Duril Buckhanon. Bev Scott, Tom Floyd, the old Baxter Spring trail to Jackson's ranch, Dr. Warren,

W. K. Baylor. (Son of John R. Baylor) recounts indian raids in Parker Co., around the Clear Fork of the Brazos, Camp Cooper & Weatherford. It being 1861 and the war heating up, many able-bodied men were leaving to join the Confederates. This emboldened the Indians who saw the opportunity in advancing malicious raids against women, children, etc. Sherman, Holder, E. P. Shirley, R. C. Betty, W. R. Curtis, Harvey Biggs, John Norton, Joe Loving are some names associated with Baylor, who during the war went to San Antonio while still a boy, and linked up with Charlie McLean. The 2 sought to join army, but were advised that the war would end in a few days, so the two....

Thirty Years A Preacher In Texas

1836 settling of George W. Wood and wife Jane Killough in Cherokee County. Account of very sad and brutal slayings by Indians. Mr Haynes, Young, Wood all early settlers who sought to endure the hardships of the early frontier in spite of great, terrible and frequent....

9th Installment (we have the rest – just ask). More on events of Mexican war around Coletto, Goliad...of Col. Fannin, Holliday and the daring & incredible escape of Wm. Hunter. Gripping story.