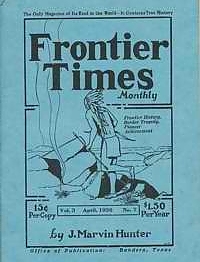 A Drive From Texas To North Dakota

Samuel Dunn Houston, San Antonio Texas. Excellent day to day account of a large, notable cattle drive in March 1876 from Lockhart, TX to what was then known as the "far Northwest", (North Dakota). Mack Stewart, along with other foremen, Monroe Hardeman, Tom Osborn, Giles Fenner, Little Jim Ellison, Coleman James, Bill Green and Bellport drove the Ellison & Dewees cattle by way of Seguin and Floresville from the Ellison ranch and the old Randow Ranch, the Tom Dewees pasture to North Dakota.

Account of historical investigation led my class of students in 1926 to explore notable historical locations in Williamson co.

Further Mentions The San Xavier group of missions: Rockdale; the old Kolb's Gin; Brushy Creek and the San Gabriel River; Laneport; the village of San Gabriel; Circleville; the old Hoxie Ranch house; Georgetown; Leander, where we were joined by Ex Senator Faubion; the scene of the Webster massacre; Hornsby's Bend on the Colorado River; the "Council House Fight"; Mr. Stribling; Mr. Simmons; Round Rock; the place where Kenney's Fort used to stand.

Beef Gathering In ’71 Was Thrilling

Captain James B. Gillett. In the spring of 1871 Gillett was working with Robert Trogdon's cow outfit. He details the herding of cattle in Brown county, Texas prior to the days of barbed wire. This is an excellent account detailed by a master cattleman.

A VISIT BY TWO INDIANS

Frank P. Banta, Voca, Texas. Mentions Indian raid thirteen miles west of the town of Burnet, near the Colorado river in what was known as Banta's Bend in 1865, and a fortunate case of the malfunction of a rifle.

Mentions and describes a cave eight miles from the town of Burnet in Burnet co which is said to rival Carlsbad Cavern. Speaks of historical events that occurred in relation to the cave, particularly the capture of a beautiful girl, Mariel King, by Indians and subsequent bloody fight that occurred in the cave. It was the story of this fight which caused the United states government to send soldiers for protection against the Indians, and caused the building of 'Old Fort Croghan at Burnet where General Robert E. Lee commanded for a time, followed later by Kirby Smith, Earl Van Dorn, Adam R. Johnson, Chalmers, George B. McClellan and others.

In 1873 William Williams settled on a piece of land on Sand Creek, in Brown county. His family consisted of a wife, one son about grown, a little girl seven years old, and an infant a few months old. They were living in a camp and preparing to, build a house. One morning Williams and his son went into the woods for timber to build the house. The son came in in the evening before his father, and found his mother in the bed dying. She said the Indians shot her, and expired. The baby was lying on the ground near where they had a fire to cook by. The signs showed they had shoveled out coals of fire and poured them on the infant. The mother had poured water on the child after the Indians left. They had carried off the little girl. The supposition is that she was in the cow-pen milking, when the Indians came, as her milk pail was setting there with about a half gallon of milk in it. Miss Nannie Cross (now Mrs. Perry of Brownwood) was the first, woman to reach the scene. She took charge of the burned infant and took it to the house of her father, Mr. Riley Cross. Everything possible was done for the little sufferer. It was tenderly cared for, but in two weeks went to join; its mother. News was sent to Brownwood and the Brown County Minute Company joined by several citizens, went in pursuit. They were joined in the west part of Coleman county by part of my company, commanded by Sam Gholson. I was absent at the time. They pursued the Indians for some distance but could not overtake them. Sometime after this we saw in a Houston paper a letter written by Mr. Convers of Houston in which he stated he found the body of a child hanging to a tree near Double Mountain on the forks of the Brazos. The Indians had split the girth of a side saddle. It was the mother's saddle that they took when they captured the child. The Indians had put her head through the split and hung it to a tree. They scalped her alive, as her hand was on top of her head, held and stuck there by the blood.

This account goes on to detail the scouting that was a result of these atrocities.

Adventure And Romance Near Home

History Of Sam Bass And His Gang

The following multi-installment narrative of the notorious gang of outlaws, is considered authentic and accurate. The sources from whence the facts are derived are regarded as being generally reliable with many of the incidents occuring in Denton and adjacent counties.

This notorious character was born in Lawrence county, in the State of Indiana, on the 21st day of July, 1851, near the town of Mitchell. His father, Daniel Bass, was an honest, industrious farmer, who by continued toil and rigid economy, accumulated sufficient property to insure himself and family the ordinary comforts of life. Sam's mother was named Jane Sheeks. She was married to Daniel Bass in 1841), and shared with him the privatilcns and prosperity of their married life up to 1861, when she died. The wayward Sam had many advantages in training as a youth, but spurned them all for a life of reuthless and wanton crime and notorious outrage against the citizens of Texas. This is an engaging account, and we can supply you with all the installments if desired.

This volume continues chapter 11 through chap 17 and concludes the story.

Use Canes Presented By Lincoln

In 1863 President Lincoln gave silver mounted canes to each of thirteen governors of pueblos among the Pueblo and Zuni Indians in New Mexico, on the occasion of their visit to Washington. Today these canes represent the emblem of authority in the pueblos. They have been handed down from governor to governor.

Lincoln's memory, through the canes, still stands as the symbol of authority -the recognition of the Great White Father for his redskin children of New Mexico.

When Birchfield Cussed And Roared

Captain William Carter, San Angelo, TX gives account of a battle with Indians in which he was a participant and which took place in Uvalde county in September, 1866. It was then that a band of about 30 Indians made a raid on Turkey Creek, Uvalde county, and among others drove off all our horses from Wood's ranch. Early next morning the settlers rallied and took their trail. The pursuing party was composed of Steve Birchfield, Jesse Cox, Irve Cox, Henry Cox, Jim Spears, Billy King and Carter; seven in all. Account goes on to describe the unique qualities of Steve Birchfield, a large, pompous man who could cuss and fight Indians like no one else.

Further Mentions: the Clear Fork of the Brazos, in the Shackleford county...