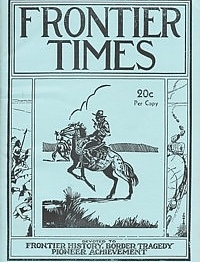 The Story Of The Morgan Massacre

THE MARLIN FAMILY, for whom the town of Marlin was named, and the Morgan family were the first to experience an Indian massacre in Falls county. James and John Marlin came from Ireland to the United States and settled in Texas about the time that Sterling C. Robertson started his settlement in the Municipality of Viesca, located on the west banks of the Brazos river, near the present town of Marlin. James Marlin received his land for Indian fighting on the frontier. The small town afforded little protection to the few settlers along the Brazos. When the Mexicans and the Texians went to war with each other many of the families around the Falls of the Brazos moved to more thickly populated settlements in other parts of the country. This was what was called the "Runaway Scrape." The families were so frightened that they deserted their log cabins and crops and fled. The Marlins and the Morgans were among the first to return to their land around old Viesca after the revolution. They settled on the east side of the river. This is the story of the hardships they endured and of the terrible Morgan massacre.

HAD A DELIGHTFUL SOJOURN IN TEXAS FIFTY YEARS AGO

Account of Mr. Adolph Brandl (Includes photo) of Augsburg, Bavaria, Germany who was a resident of Southwest Texas during pioneer days. Here is his story.

This is a very excellent account of Adolph Huffmeyer, cattleman of Frio county, TX , whose experiences date back to 1870 when he was a youngster of 15 years acquiring the art of twirling a rope and tying down and branding mavericks on the prairies of Frio county. He spent much of his life in the saddle rounding up cattle and made a number of trips over the old trail to Dodge City, Kansas City and Platte River, Neb., driving herds of Texas cattle through to the markets. This account specially relates to experiences in 1875-1877 when he drove cattle from the ranch of General Adolfo Escobedo in Mexico for two brothers, bachelors, named Newt and Enos Wufter.

"HOSTS of the Ku Klux Klan of the dark and dreary days that followed the Civil War were roaming again the other night in the old state of North Carolina, when an incident which has remained a deep mystery for over sixtyfive years, was finally cleared up after the one man who held the key to the secret had passed on to the last Great Konklave.

This individual was Capt. John G. Lea, who died early Sunday morning, September 29, 1935, at the little town of South Boston, Virginia. Following Captain Lea's death, the North Carolina Historical Commission immediately released an affidavit he had made for it several years ago regarding the execution of, the infamous and notorious carpet-bagger, John W. Stevens, in the Caswell county, North Carolina court house away back in 1870. Captain Lea was the last surviving witness to the killing, and had made the lengthy deposition on the provision that its contents would not be made known until after his death.

The details of this most exciting episode which made spectacular North Carolina history have been kept secret all down the intervening years until finally death has overtaken all of the seven men who lured the carpetbagger to his mysterious end. Six of the men preceded Captain Lea in death, and the story goes that one of them was always present during the last moments of another to be sure that he did not make a death-bed confession or reveal any facts concerning the historical incident."

Further Mentions: Stevens was the agent of the reconstruction Governor Holden * Caswell county * the Caswell county court house at Yanceyville * Frank Wiley, a Democrat, who once had been sheriff of the county * The removal of Holden from office ended the carpetbag rule in Caswell county *

Account of two six-pound cannons donated by the city of Cincinnati to the struggling Republic of Texas during the days of her struggle for freedom. They were known as the "Twin Sisters."

This is the Second installment of a most interesting serial, which is taken from the book of the above title, now considered a very rare collector's item. The story runs through several months, and will prove of much value to students of Texas history, from the graphic description given by the author of conditions in this State at that early period. We urge you to preserve each copy of Frontier Times which contains an installment of the "Journey Through Texas," and when it is completed you will have a most valuable contribution to add to his library. – The other installments are available from us here at OldVentures.

The Land On Which The Capitol Was Built

The Story Of Cynthia Ann Parker

This is the sad and devastating story of Cynthia Ann Parker was born probably in Coles county, Illinois, in 1827 but came to Texas with her family in 1833. Cynthia Ann was captured by Comanches in 1836 and nothing was heard of her until 1840. In that year three traders found her with the on the Canadian river and were permitted to talk to her, but she was unresponsive. Sometime after this she became the wife of a war chief, Peta Nocona, to whom she bore several children. She lived a very tragic life after her husband died and she was re-settled into the white man’s world.

When Texas Was A Wilderness

Account of Thos. J. Pilgrim who in the fall of 1828, started from the western part of the State of New York for Texas, in company with sixty others, men, women and children, under the leadership of Elias R. Wightman, who had resided about three years in the country, and whose intelligence, energy, and enterprise well fitted him to be the leader of the colony. The narrative offers eye-witness descriptions of the wilderness of Texas in 1828.