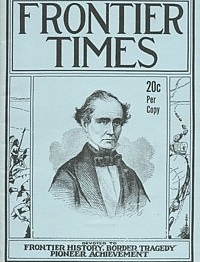 When Stephen F. Austin heard that the application of his father to plant a colony in Texas had been granted, he was in New Orleans gathering emigrants, but decided to proceed at once to Texas with a small party. Before he reached the Sabine he heard the news of his father's death. Nevertheless he proceeded on to San Antonio de Bexar, and arrived there August 12, 1821, just in time to witness the rejoicing over the independence of Alexicoico. Austin, after informing Governor Martinez of the death of his father, asked to be recognized as impresario in his stead to carry out the contract. This request was granted. by Martinez, who also gave him permission to explore the country along the Colorado and Brazos rivers and select, a location for his color. At the request of the Governor, Austin furnished a sketch of his plans, which was approved and authority given him to take charge of the local government of the colony. He selected a location for his settlers along the lower Brazos and Colorado rivers. Then he took upon himself the work of bringing the colonists to the chosen site. He returned at. once to New Orleans to conduct the colonists to their new home. The first party are conducted was made up of the families of the Old Three Hundred. This was the birth of the Texas of Frontier history. Here is the story of the man who so instrumental in that event.

General Twiggs played a vital part in the tragedy that followed the secession of Texas, and this account was been compiled from contemporary sources in order to make it available to the students of Texas history. It details first, his condensed military record, and then quotes data concerning his activities in Texas between the years 1846 and 1861.

Early Surveying In The Texas Panhandle

Oldham County, Texas was organized in 1880; Tascosa the county seat. The Oldham Laud District was composed of the counties of Hallam, Sherman. Hartley, Moore, Oldham, Potter, Deaf Smith, Randall and Parmer. The 3,000,000 acres set aside for the Texas capitol building was lamely located in the counties enumerated above.

The writer was appointed surveyor of the Oldham Land District, qualified, and took charge in 1882, went to Austin and procured from the General Land Office a copy of all files, field notes and maps of each of the above enmities, thereby furnishing the surveyor's office of the Oldham Land District with a complete set of records. THIS IS VERY EXCELLENT HISTORY OF THE ORIGINS, EARLY LAND TITLES AND OWNERSHIPS, SUBDIVISION AND HISTORY OF THOSE EARLY PANHANDLE DAYS, INCLUDING ORIGINAL FORMATION OF THE GREAT XIT RANCH, THE LS COMPANY AND OTHERS.

Very extensive and detailed account of many of the major trails of Frontier Texas used by Anglos as opposed to the many Indiana and Mexican trails already in use on the frontier. This is a continuation of the article which began in the February, 1938 issue of Frontier Times magazine.

Robert T. Hill claims to provide the most accurate version of the great expedition of the early explorer through Texas.

The leniency of the government Indian agencies toward the Indians under ward on reservations, often was the cause of suffering for the settlers on the frontier in the early days. It took the Texas Rangers to properly chastise and punish the reservation Indians when they slipped away from the reservation, and, under pretext of hunting buffalo, committed depredations and murdered white people, seemingly under the very eyes of the military authorities. This is the account of altercations that occurred due to the policy of leniency.

Dangerous Life Of A Customs Inspector

Account of experiences of J. D. White, "Captain" White, as he was known of Robstown, Texas describing harrowing days of service for over 20 years as a customs inspector on the Texas Frontier.