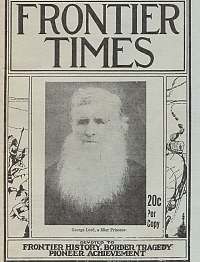 Idealism of the German Pioneers of Comfort

The valley among the picturesque hills, where Cypress Creek joins the Guadalupe River, possesses a charm, combined with the fertility of the soil that had attracted early settlers – mostly immigrants from Germany who had begun in earnest to arrive from their native land. Every ship from Europe landing on the Gulf of Mexico brought young men, who, weary of the iron-clad rules, of the many restrictions, and often oppression, eagerly joined such a settlement by casting their fate entirely into the unknown and unplanned future. These men, who had read and heard of the glorious prospects in South Texas, were all sturdy, thrifty Germans, mostly university trained, with M. D. and Ph. D. degrees, while others were geologists, botanists, architects, lawyers, surveyors, master mechanics, etc., and were provided with means sufficiently to help themselves. They did not come to be idle, therefore immediately went to work, surveying and building shelters. Upon arrival they found one lonely man in that vicinity, who welcomed them into his block house, and because they had been so graciously received and entertained, they concluded to call this spot "Comfort." Here is an excellent account of the early history of that special part of Texas.

Accolades bestowed in abundance upon Mr. Hunter and his periodical, given at Frontier Times Museum in 1938.

Dances of the Wild Indian Tribes

by Col. Richard I. Dodge

Detailed account of the various forms, techniques, patterns and significance of Indian ritual dance. This account, written in 1883 was the result of close association by Mr. Dodge to the actual rites and ceremonies.

Mentions: * the great "medicine dance" of the Florida Seminoles * The Sioux also celebrated the "green corn dance" * The "scalp dance" * "coup-stick" * "Hoch-e-atyum," the "scalp dance," and "striking the post," * the `begging dance." * the "kissing dance. * The "sign dance" * the "eating dance."

“The day after the return to the home encampment of a successful war party, by which scalps have been taken, a ceremony is performed by the warriors who took them, no other person whatever being permitted to be present. I have been a spectator at a distance, but all to be seen was a number of Indians, sitting on the ground in a close circle. During this ceremony, the scalps are trimmed, cleared of all fleshy matter, and the skin cured by some process. Each scalp is then stretched by thongs inside a hoop of wood a little larger than itself, and the hair carefully combed and greased. Each warrior then attaches his scalp or scalps, in their hoops, to a peeled willow wand, from eight to ten feet long. This ceremony is called "counting the scalps," and is "big medicine," that is, very important in a religious point of view. It is preparatory to the scalp dance. When it has been satisfactorily completed all the warriors march gravely one behind the other back to camp, each bearing his wand with its burden of dangling scalps in his hand. The wands are planted in a circle in the center of the camp. By this time the whole population of the village is crowded around this center of interest. The warriors who took the scalps are now joined by those who had taken part in the fight, or who belonged to the party which did the fighting and thus won for themselves the right to participate in the dance. All assemble in a circle around and facing the circle of wands. At a signal, all the warriors join hands and commence the monotonous song and dance, turning slowly about the scalps. As the dance progresses, the warriors soon loose hands ,and varying the song by whoops and yells, and the dance by bounds, gestures and brandishing of weapons, work themselves up to a condition of excitement bordering...”

This is part of a serial account of two daring adventurers who colorfully describe their exciting and sometimes humorous happenings on their trip through the wilds and wiles of Texas during the 1870's. (Continued from Last Month.)

When a life work has been completed and its fruits have been garnered, the records of its incidents remain to tell the story of its success; and when the measure of that life has reached its ultimate limit of years, as well as its perfection in fulfillment of duty, a title to distinction has been earned. Such was the life and history of George Lord, whose honored memory claims the tribute of this fine article. George Lord was reared in England, where he received a very good education. He took passage for America in June, 1834, landed in Canada, and lived there two years. Then he went to New Orleans, where he worked on Mississippi steamers. In December, 1836, he joined a company of seventy-five men under Captain Lyons, and they came to Texas to take part in her war for independence, landing at Galveston in February, 1837. This very lengthy and detailed article also includes account of the Mier imprisonment written by Mr. Lord himself. The article includes recorded statements of the men who drew the “black bean” and is one of the most detailed of the many accounts of the Mier incident that Frontier Times published.

The Alamo: Birthplace of Liberty

A single event, but it altered the fate of a nation. The fall of the Alamo, in the troublous days of 1836, was just one of the many events which clustered around the formal Declaration of Texas Independence. It was regarded then as another Mexican atrocity, and its greatest importance, no doubt, was to the families of those who died. The course of the revolution presented other scenes of horror to the eyes of the Texans, and for a time the importance of the struggle at the Alamo was not fully appreciated. More than half a century elapsed before the State Legislature saw fit to purchase the ruins of the old Alamo, and convert it into a fitting memorial to those men who hallowed it with their life blood and in death gave birth to Texas liberty and independence. This is the story.

In the sand hills of Bastrop county is a town named Pettytown.-not that it is small, but because of the number of Pettys and their relatives living there - descendants of old John Petty, the original settler. John Petty came to Texas from Missouri long before the days of railroads, and raised his nineteen children in true pioneer style: Anderson, Jim, John, Jr. Gipson, Reilly, Jane, Ann, Johanna, Lavisa, Aislie, Minta and eight others whose names seem to have been lost with a big old family Bible, lived in a log house on the site of the present Central Texas town. Here is an excellent account of the Petty family history in Texas.

An Army Bride at Fort Ringgold in 1852

“There's been plenty of powder and lead burned up on the pages of our Wild West literature. since the days when Jesse James, using two guns, girdled a tree while riding horseback at full speed; and "Wild Bill" Hickok fanned two guns from the hip to cut a perfect circle around the letter ...o... Fiction? Most assuredly! Those things never happened.

I have made it a hobby for many years to collect the "true" story of the gun men of our wild west, with the idea of bringing these supermen down to the rating of the human beings they were. In the course of this research, correspondence, and conversations with old-timers, as well as available written material both in book and short story form has been collected. It has been my aim not to disparage these colorful characters that made the wild west, but to see them in proportion to their surroundings and not as the "True Westerns" paint them. To perhaps rob them of some of their glamor, but not to destroy their most important place in the history of the development of the west.

You ask, where was the "Wild West"? Well, it has been roughly considered as that section of our United States lying west of the Mississippi, with some of it wilder than the rest, and covering that period dating from the close of the Civil War to the middle nineties. From this land of "The Wild Men of the Wild West" (with apologies to Edwin L. Sabin), the fiction writers of this country have been able to draw an almost inexhaustible supply of material with which to regale their readers.”

In this department answers will be given to inquiries as to Texas history and other matters pertaining to the State and its people.