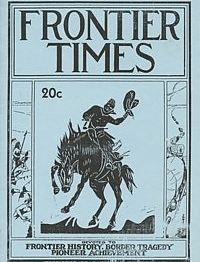 The Retreat Of The Texas Army

This account of the San Jacinto Campaign, written by Captain Jesse Billingsley, Captain First Company First Regiment, Texas Army, and was published in The Galveston TriWeekly News, Saturday, September 19, 1857. In this article Captain Billingsley brings to light some facts little known to present day students of Texas history, particularly regarding the retreat of General Houston to avoid a conflict with Santa Anna. In 1894 Sion R. Bostick, of San Saba, who was in the Texian army and participated in the Battle of San Jacinto, told this writer that General Houston was "on the run," and only agreed to fight when his army refused to retreat farther, and in order to make the battle decisive old Deaf Smith slipped away and burned Vince's bridge, not by orders of General Houston, as is reported in some Texas histories, but at the suggestion of some of the officers who were determined to make a stand. In the same issue of The Galveston News in which Captain Billingsley's article appeared there was an editorial comment as follows:

"Among many others of those who participated in our early struggles, to whom we have applied for reliable information with a view to get at the truth of our past history, is Capt. Jesse Billingsley, who has kindly furnished us with the following narrative of the campaign and retreat immediately preceding the battle of San Jacinto. It will be seen that Captain Billingsley confines himself to a statement of such facts as came within his observation, and having command of the first company raised to meet the enemy on that occasion, he naturally became acquainted with many facts unknown perhaps to officers higher in command. In his private note to us, Captain Billingsley says: 'A press of business has delayed my compliance with your request, but with the leading incidents attending Gen. Houston's retreat and the glorious struggle on San Jacinto, I am probably as well acquainted as any other man who participated in that campaign, for, as you will see from he accompanying communication, I commanded the first company enrolled to meet the foe. But with the minor details others may probably be better informed, as I kept no record of the passing events, which I now deeply regret, for a true history of our early struggle has not yet been laid before the public. But what I do state may be depended upon as substantially correct in every particular."

What Old-Timers Say About Longhorns

Longhorn steers and mustang horses are the warp and woof of early West Texas history. Spanish expeditionists have been given the credit of leaving stock at the various missions they established throughout Texas, but they didn't stay to manage the herds which were to increase by the thousands and run unmolested over the length and breadth of the state. Here is what notable drovers and cattlemen had to say about the intrepid breed.

Frontier Home Attacked By A Wildcat

A Builder Of Texas

Hardy German pioneers early drove their ox-drawn wagons, into which were loaded their wives, children, and household goods brought over from "The Fatherland," and their farming implements into "The Hill Country," a vast area of mountainous country which lies to the north of San Antonio Here they located their homes, began the cultivation of the soil, the raising of cattle, sheep and goats, battled the bloodthirsty Comanches, and in time erected church and school houses, and built settlements which developed into frontier towns—the outposts of AngloSaxon civilization. This account focuses on one of those great immagrant men and his family - Lucian Ferdinand Toepperwein. All members of the Toepperwein family assisted in the development of that far-flung frontier of civilization.

Further Mentions: the Lodge room of Kendall Masonic Lodge No. 897, at Boerne, Texas * red clay courts of Frederick the Great * Speculative Masonry * Operative Masonry * the Just and Perfect Lodge Ferdinand of the Red Eagle under the Scottish Jurisdiction of the National Masonic Mother Lodge of the Three Globes" of Berlin * Ferdinand Toepperwein * Red Eagle at New Ruppin * the Blue Lodge * Maltese Cross * the Juan Frederick * Toepperwein had been a school teacher at New Ruppin, Prussia * he struck westward from Indianola, tarried briefly at New Braunfels, came on to San Antonio * Freedom Masonic Lodge No. 100 at Fredericksburg, Gillespie county, Texas *

The record of the Neill family as kept in the oldest of the many "Neill" Bibles that are still in the possession of the various descendants in Texas, has first "John Neill born 1730, died 1818; married to Jo An Crawford, who was born in 1745 and died in 1829." This account is the story of Andrew Neill who came to Texas in 1836 with the volunteers under Captain Felix Huston. This was just after the Battle of San Jacinto. This is good genealogy of the Neill family in Texas. Contains old photo of Colonel Andrew Neill and his wife, Naomi Brown Neill.

Further Mentions: The son, John Neill * Margery Ferguson * William Neill * some of Seguin's first settlers * William came to Seguin in 1840 and settled near the Hollamon place on Market Street * John Neill came to Seguin in 1842 and bought land near the home of William Neill. The home of Andrew Neill was the house that is now known as the Dr. Meyers house. Andrew Neill built this house in 1854, according to the letters of Miss Jennie Hollamon * James Neill * Uncle Billy Neill * Mr. Long * the Arbuckle family * the battle of Plum Creek in 1840 * Andrea Neill married Miss Naomi Brown u, dat titer of Dr. Hugh and Lucinda Johnson Brown * Charles Elliott, Earl of Aberdeen * It was in the office of Colonel Neil that John Ireland studied law * Otto Nitsch * the Oakwood Cemetery at Austin *

In and Around Old McDade

Old McDade, part of Lee county when it was made up from several counties: Bastrop, Burleson, Fayette, Washington, etc. is the subject of this excellent account of historical events and condition in that region in pioneer days. Especially relates the lynching of the four men, Wade Alsup, John Kuykendall, Young Floyd, and Beck Scott. - Includes old photos.

Record of a true cowboy funeral held on the occasion of the tragic death of Charlie Reed, a young cowhand who had been thrown from his horse and died when the horse landed on him.

At head of the corpse, Pony Bill, "the Cowboy Preacher," said:

"Boys, I hardly know what kind of a talk to give you on this sad occasion. _our several years I have worked with you on the ranges, and have preached to you in my awk'ard way every time I could round up a bunch of you an' hold you to listen to me, but I warn't never afore called on to talk in the presence of death.

"Day afore yesterday this poor, dead boy here throwed on his saddle an' rode out with you in joyous spirits, singin' the songs o' the ranges. Little did he then dream that he was ridin' right into the bog of eternity! While cuttin' a steer out o' the bunch his hoss struck a prairiedog hole an' fell, crushin' poor Charlie to the growl' an' when you picked 'im up his immortal soul had crossed into the Great Ranges beyond, from which there ain't no back trails. Death loves a shinin' mark, an' it never pitched a rope to a brighter one than this boy. Etc, etc.

The killing of Ben Thompson and King Fisher in the old Variety Theater in San Antonio, on the night of March 11, 1884, created more excitement over the State than any tragedy that had occurred since the assassination of President Lincoln during the Civil War. The Galveston, Austin, Dallas, Houston and San Antonio newspapers carried full reports of the killing the next morning, and street newsboys sold 'em "like hot cakes." Yet there were many people who knew Ben Thompson and King Fisher personally, and greatly admired them. That the killing was the outcome of a tragedy that had been enacted scarcely twenty months before, when Ben Thompson killed Jack Harris in that city, there is no doubt, and yet—there are conflicting versions as to who fired the shots that snuffed out the lives of these two killers of men. This is the subject of this lengthy and detailed story.

Scouting In The Indian Country In 1858

Account of some of the notable experiences of Benjamin Crawford Dragoo, who joined John R. Baylor's company of Rangers in 1855. He served as a ranger in some of the most brutal and bloody of Indian conflicts along with Captain Sul Ross, Buck Barry, and Col. Dalrymple's company.

The Capture Of Cynthia Ann Parker

Cynthia Ann Parker was captured by the Comanches at the massacre of Parker's Fort, May 19, 1836, when she was nine years old. She remained with the Indians until December 18, 1860, when she was recaptured from the Indians during a battle on Pease river between Sul Ross' Rangers and the Comanches. Several claims have been made that certain members of the party captured Cynthia Ann, particularly that Captain Ross himself made the capture. One of the best versions of the affair was given by Peter Robertson, a participant in the Pease river fight, and is here given.