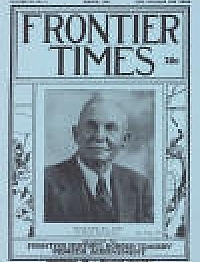 The Assault On The Alamo

From the article: "The fall of the Alamo, the tragic results of which are so well known, so far as the final assault is concerned, have not been fully or correctly given in any of the histories of Texas. The reason is obvious when it is remembered that not a single combatant from within survived to tell the tale, while the official reports of the enemy were neither circumstantial nor reliable. A trustworthy account of the assault could only be compiled by comparing and combining the verbal accounts of such of the assailants as could be relied on for veracity, and adding to this, such light on the matter as can be gathered from the military documents of the day. As I was a resident of Matamoros when the event happened, and for several months after the invading army returned thither, I had opportunities for obtaining the kind of information referred to which few persons, if any still living in Texas, have possessed; and I have been urged to publish what I have gathered on the subject that an interesting fragment of history might be saved. Among the facts which have been perverted is the number of Mexican troops engaged in the campaign and the assault. The whole force with which Santa Anna invaded Texas in 1836 probably amounted to..."

Parker County, Texas was organized in 1855. Pioneer life here was typical of pioneer life in Texas, but it lingered longer here than in many other sections and in many of its phases seems to have been more intensive. At the time of organization the county was on the extreme western frontier, and for many years it continued to be so. Rough, broken country amid its fertile stretches kept it from changing too quickly. Much of the land within its confines can never be changed by man. Thus, homespun, gourds, and one-legged beds continued in use up some of the hollows of Parker county until comparatively recent times. Here is some excellent early history of Parker County, Texas.

Third installment in an excellent and highly detailed four-part series of the fine service and notable exploits of Captain Ira Aten, a Texas Ranger and a peace officer during the 1880's and 1890's. The First installment contains great old photo of Captain Aten.

Account of Willis Newton, a native Texan, born and reared in the Lone Star State, and his brothers, Willie, Joe and Jess, who were accused of more bank robberies than any other gang in the United States. For 12 years they robbed and looted, first in Texas, then elsewhere, until the firm hand of the law brought their exploits to a sudden halt.

Texas: The Land Of Friendship

A San Angelo Pioneer Passes On

Account of Mrs. Mary Tankersley Lewis, long time San Angelo resident and early settler and member of the Tankersley family, who were among the first settlers of the Concho country. She was born at Camp Colorado, in Coleman county, Texas, in 1861, and moved to the head of the South Concho with her parents, Mr. and Mrs. Fayette Tankersley, at the age of four years. Here is her story.

"Both history and tradition preserve the names of several tribes of Indians, which had become extinct, or blended with other tribes, before the State was colonized by Anglo-Americans in 1821, at which time the tribes with which the settlers came in contact were the Comanches, the Wacoes, Towacannies, Ionics, Kechis, Lipans, Tonkawas, and Carankawas. The last named were the most remarkable. The men were of large stature, six feet high, and the bow of every warrior was as long as his body, and as useless in the hand of a man of ordinary strength as was the bow of Ulysses in the hands of the suitors of Penelope, but when bent by one of these sons of Anak, it sped the "cloth yard" arrow with deadly force two hundred yards. These Indians navigated the bays and lakes with canoes, and subsisted, to a considerable extent, on fishes. They were believed by many of the early settlers to be cannibals, but it is probable that the only cannibalism to which they were addicted was that occasionally practiced by the Tonkawas, if not all the Texas Indians. This consisted in eating bits of ..."

Obituary of Miss Minnie Hudspeth, a pioneer teacher of the Hill Country.