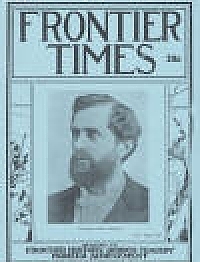 John Ireland, fifteenth Governor of Texas, was born in Hart county, Kentucky, June 1st, 1826, and came to Texas, in 1852, locating at Seguin, where he engaged in the practice of law. When the Civil War broke out he enlisted in the Confederate army as a private in 1861, and advanced to the ranks of Captain, Major and Colonel. In his military activity he was engaged mostly in Texas, on the coast and along the Mexican border. In 1866 he was elected District Judge at Seguin, and in 1872 was elected to the State Legislature. In 1875 Governor Richard Coke appointed Mr. Ireland one of the Justices of the State Supreme Court. In 1882 he was elected Governor of Texas, and re-elected in 1884. Here is his story.

Report Of The Battle Of San Jacinto

Story of the Battle of San Jacinto which was fought and won April 21, 1836. Many reports have been published of that noted battle, said to be one of the greatest battles ever fought in any land. This account is General Sam Houston's official report of that conflict, which won Texas' independence.

Moore's Battle On The San Saba

In the year 1839 a force under the command of Colonel John H. Moore, an old frontier fighter along with his force of 60 Texans headed for the San Saba, accompanied by forty or fifty Lipan Indians as allies and guides. The Comanches had been largely reinforced by other bands who had established their winter quarters in the same locality. Colonel Moore, however, determined to attack them at all hazards and continued his march until within a mile or so of the encampment, where he halted and made ready for the notable battle. Here is that story. Further mentions: Malcom Hornsby and Joe Marlin * Chas. W. Stevens * Mr. W. W. McCullough, Sr., of Brownwood, Texas * W. W. McCullough, Jr., *

Fourth and final installment in an excellent and highly detailed series of the fine service and notable exploits of Captain Ira Aten, a Texas Ranger and a peace officer during the 1880's and 1890's. The First installment contains great old photo of Captain Aten.

Account of Wyatt E. Heard of Sabinal, whose family landed in Bell county, TX in 1872. They settled on the Dry Frio in 1876, and wrestled with dry farming and Indian cunning, finally losing all their horses and oxen to the Indian raids. When he was 18, he joined the company of Rangers organized under the sheriff of Uvalde county. The rest of his life experiences are told in this account of his life.

The Forgotten Man Of Texas

Account of Father Miguel Muldoon, the resident priest of Austin's Original Three Hundred. The first great service rendered by Muldoon to Texas was his assistance to Austin in his financial difficulties. In addition to this, it was he who helped teach Austin to speak, read and write the Spanish language. If Austin had failed to get his empresario contract renewed, what few colonists there were then in Texas would have been forced to leave and Texas would have remained a wilderness. Here is the account of the man.