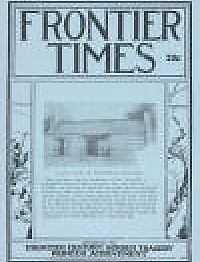 Thomas Jefferson Latham, was a resident of Texas for seventy years. He was born in Arkansas in 1826, and moved with his parents to Texas at the age of eight, crossing the Sabine river on Christmas day of 1834. His parents settled in Sabine county and began the making of a home in what was then a very sparsely settled country. He had served in the Texas Frontier Regiment for protection against the Indians during the first part of the Civil War, but transferred to the Confederate service in its latter years. At its close he was on detached service collecting horses for the Confederacy in Hamilton, Coryell, and adjacent counties. Arriving at Austin with a herd for delivery, he learned of Lee's surrender, and the Major turned the horses loose to find their way home, and joined his family in Coryell county. Thus he never surrendered. Here is his story.

The Beginning Of Custer City

Account describing early history and events that occurred in the beginnings of Custer City, OK.

How The Greatest Museum In The South Was Built

Account of Trinidad Jaso, frontier ranch cook during the decade of the 1870s, when thousands of cattle were gathered out of the brush and off the prairies of Texas and driven to northern markets. Trinidad could not qualify as a vaquero—a cowhand—but since each outfit had to have a cook, he went in that capacity. Until Trinidad was an old man, he cooked at many of the ranches over the part of country in which he lived, the country along the west side of the Nueces river. Here is his story - a story of the swollen rivers he had to get his chuck wagon across; the frightful storms they experienced and above all else the fierce Indians they encountered on their way through the Indian Territory. Mentions: Mrs. Martin Culver * Mr. and Mrs. Swift * Pedro Zambrano * Penitas

Account of J. H. Comstock who was for sometime county sheriff of Menard county, Texas, and especially two notable public hangings over which he presided.

An eccentric character of the very early days in San Antonio was a Dr. Weidemann, who has been described as a Russian scholar and naturalist, an excellent physician and surgeon; a highly cultivated man, who spoke many languages, and had a penchant for macabre science and medicine made from the severed heads of defeated Indian savages. Here is the strange tale. Mentions: the Chavez place on Acequia Street, now Main Avenue * Main Avenue High School * Mrs. Mary A. Maverick * Mrs. Higginbotham * Peach Creek, near Gonzales

Account of an attack that occurred in July, 1855, when Comanche Indians surrounded the hose of a man named Westfall, who lived 35 miles below Uvalde on the Leona, his only companion being a Frenchman named Louie, and his dog, "Ketchum." The brutal attack is described in this story.