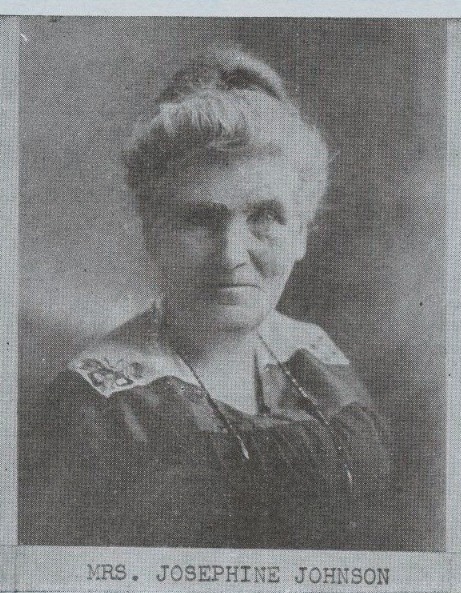 My mother was reared by a wealthy step-father, an extensive plantation operator and owner of a considerable number of negroes. My mother attended school in Austin, one operated by Mrs. Amelia Barr, and was given what in those days was considered a good education. Her stepfather had financial reverses and when he died left very little to his widow who moved to Burnet where she had several brothers. My mother was only seventeen years of age when she married my father, just three months before the Civil War broke out. My father immediately went to the front and joined Bedford Forrest and later had my mother brought to Virginia where she was placed with a Virginia family by the name of Pittser. After my father lost his eyesight in a battle in Kentucky he was placed in prison by the Yankees, and it was there my mother found him just a few months before Lee surrendered.

After the surrender my father and mother came back by `hack' to Burnet, where they originally settled. My father was a surveyor before the war, and through his knowledge of the lands in Burnet and Llano and the adjoining counties, acquired as a surveyor, he entered the land and cattle business of which he made a remarkable success.

For a short while after getting back to Burnet my father and mother settled on a tract of land in Llano county, on Honey creek at the foot of Packsaddle Mountain. It is a beautiful piece of land but was a regular rendezvous for the Comanche Indians. My father being blind was advised by his friends not to undertake to live in such surroundings. Notwithstanding this advice, he and my mother lived there for several years. Some of the most atrocious crimes committed by the Indians were within the shadow of their home. Finally, after the murder of the Whitlock and Dancer families, both horrible atrocities, and my eldest sister, Mrs. W. H. Badger, being then just a babe-in-arms, they moved back to Burnet, where they spent the remainder of their days.

During the first few years after the war, having to begin their lives without any means whatever, their hardships were many. Having been reared in plenty up to the time of her marriage, my mother knew nothing of hardships, nor did she have any knowledge of the work she had to do after the war. Nevertheless, she milked cows, fed livestock, did her own washing, and made the clothes which they wore. Together my mother and father accumulated what in those days was termed a small fortune; consequently, they spent the latter part of their life in fairly comfortable circumstances.

My father lived to be 89 years old and my mother to be 79; neither of them permitted themselves to become old in thought and action. My mother and father both died the same year suddenly. My mother passing away while on a visit to my home here in Austin.

My three girls would rather have run around with their Grandmother and Grandfather Johnson than anyone else, and I believe that my wife loved my mother and father as much as she did her own. I know that my parents loved my wife as much as they did any of their own children.

Most of my mother's and father's hardships came before I was born, but I can remember when she was my father's eyes and adviser in all of his undertakings. My mother was one of the most courageous, self-sacrificing, lovable persons I have ever known, and she and my father have always been my inspiration. While I have not measured up in a large degree to their teachings and examples, I would rather be like them and feel that when the time comes to cross the divide that I had emulated their character than to have all of the wealth in the world.