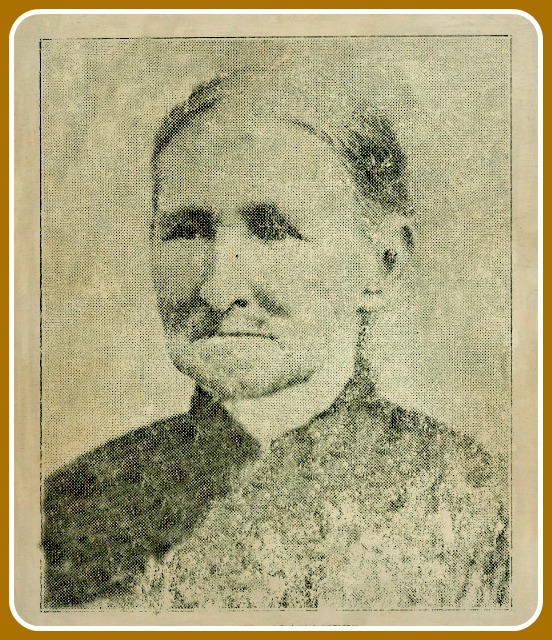 THIS ARTICLE is offered as a memorial to Mrs. Minerva Slaughter, nee, Mabry, who died at Taylor, Texas, May 24, 1895. This venerable pioneer mother was born in Alabama, October 3, 1817. She married Benjamin Slaughter February 11, 1834; came to Texas in 1839; lived in Caldwell county several years, then moved to Atascosa county in 1859; and to Frio county in 1874, where she resided until her death, which occurred while she was visiting her granddaughter, Mrs. Walter Smith, in Taylor, whom she had adopted when quite a young child and raised. At the time of her death, the living children were. W. J. Slaughter of Frio Town, Texas; C. H. Slaughter of Carlsbad, New Mexico; Mrs. William Votaw of San Antonio; John H. Slaughter of Douglas, Arizona; and Mrs. W. N. Hiler, of San Angelo, Texas. Mrs. Hiler is now the only survivor and lives near Las Cruces, New Mexico.

Early in life her desire was to study medicine, but her parents objected. After coming to the Texas frontier she realized the need of medical aid, and fitted herself to administer to suffering humanity, and never were the nights too cold or dark, in storm or rain, she went to the sick or those suffering. These times and the scarcity of settlers in the country threw upon her great and heavy responsibilities. Going over the country for miles on horseback, she braved all of the perils and dangers of those early days, and many were the Christian charities dispensed by her hand, and few there are living, even today, in Atascosa or Frio counties, who do not owe her a debt of gratitude, for that most sacred of all services—the care of the afflicted. The knowledge of the lurking Indians in the country, and rough travel did not shake her nerves or daunt her courage. She went on her way, doing what she could, remembering the Savior's words: "They who give a cup of water to one of these of mine, shall not lose their reward."

She was buried in the old Frio Town cemetery, and the following article taken from the Pearsall News of May 31, 1895, pays quite a worthy tribute to this beloved pioneer mother.

"The body arrived in Pearsall, Saturday, 1:30 p. m., 25th inst., accompanied by her son, W. J. Slaughter, who had been with her for a week, and was met by many relations and friends at the depot. At 2 p. m. the journey to the old Frio Town cemetery was begun. Her daughter-in-law, W. J. Slaughter, whom she had many years ago accepted as her own daughter, for her son's sake, (and always loved for her own,) with several of her grand daughters: Mesdames D. B. Little, W. A. Roberts, J. N. Long, C. Woodward, with their husbands and Mr. Joe Loxton, followed her remains to the grave, where they met Mrs. Milton Taylor and Mrs. Loxton, also granddaughters, and many old friends and neighbors, to witness the sad rite of burial. There in the hush of the evening, as the cool shadows fell, kissing tide heated earth free of sun's warmth, she was laid to rest in the true arms of Mother Earth, beside the ashes of her husband, who had "gone before" two years first. There in the silence, broken only by the words of prayer of the servant of God, her loved ones took their lastl ook on the dear face that had so often bent over each in tender kindness—then put away, until "the last day," from their mortal eyes the dear form. The sacredness of the hour bore to our spiritual hearing the angel's tread, in the city of the New Jerusalem, as they hurried to open wide the heavenly gates that might pass to meet her Lord; and radiance of her smile shone—even to earth—as she heard His words in commendation of her earthly work, `As oft as ye ministered to sick, or poor, ye did minister unto me.' A long and well spent life; many hardships and disappointments patiently borne; many Christian charities faithfully performed; a bed of suffering, and a death scene; a quiet and lonely grave on the hillside:—Rest, Resurrection, Reward, Eternal Day Eternal Home, Eternal Life.

"Like the dew on the mountain,
Like the foam on the river,
Like the bubble on the fountain,
She has gone, and forever,
To Christ, Love, Home."
‹ Back