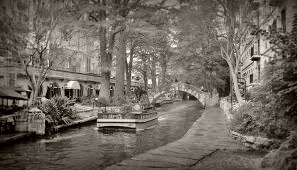 Taylor Thompson, now deceased, was a well known Printer, newspaper man, ranger and Confederate soldier. His series of articles, dealing with his experiences on the frontier, which will appear in this Magazine, will be found very interesting.

I was raised in San Antonio, and the population of that city in my boyhood was largely Catholic, and about one-third of the population was Mexican Catholics, and I well remember how the boys of that day used to look forward to the coming of Christmas with eagerness, as we would to the coming of a circus or some other pageant. The Christmas festivities usually began in the Mexican part of the town west of the San Pedro, about two weeks before Christmas, and lasted till daylight Dec. 26. During that time the American boys, as well as many grown people, were wont to visit the Mexican part of the town to witness the Christmas ceremonies. There was one custom that, so far as I know, was observed only by Mexican Catholics. This was known as the "pastores," or shepherds, and the ceremony consisted of a kind of pageant in which a number of people dressed in the garb of shepherds of old to parade through the streets after night, their destination being a house somewhere in the neighborhood fitted up to represent a stable where the infant Jesus was found asleep in the manger by the shepherds, who were guided to the spot by the star of Bethlehem.

The ceremonies, and especially the chanting, were attractive, though weird, and nearly all Protestants and especially strangers in the city, were wont to visit the Mexican part of the town at that season. It often happened that the spectators did not show that respect to the ceremonies which the Mexicans thought due them, and the chanting "pastores", or shepherds, were often jeered at by the onlookers. This would be resented by standing Mexicans, and collisions often occurred. I remember about 1858, when a fight occurred about midnight one night, in which one of the pastores was killed by a stray shot and several other people, among them several Americans were seriously injured. I remember the investigation that followed the next day before a justice of the peace, in which I figured as a witness. It was never ascertained who fired the shot that killed the "shepherd."

In the winter of 1864, while serving as a Texas ranger with a party of ten men I was returning from the unsuccessful chase of a party of Indians, when we reached a small Mexican settlement on the Rio Grande, about thirty miles above Eagle Pass. On the opposite side of the river there was another Mexican settlement, and the two communities had joined in the Christmas festivities which were being carried on on the Texas side. My party stopped there for several days to rest and recuperate our jaded horses, and we had an opportunity to watch the various amusements in progress. These amusements consisted in the daytime of horse racing, cock fighting and other sports, while at night there was dancing, gambling and the "pastores" were in full blast. My men were all Mexicans and two or three of them were taking part in the "pastores" ceremonies. One evening about 200 head of horses had been penned at this settlement because of a report that an Indian trail had been found two or three miles from the settlement, the trail having been made by a large party of Indians moving southward. A squad was put around the pen where the horses were, but no one supposed there was any real danger of an attack, and the festivities proceeded as usual. About 11 o'clock that night a large party of Indians made a dash at the corral, yelling "as if all the fiends that fell had pealed the banner cry of hell." A few shots were also heard, and my men mounted as quick as they could saddle their horses and were joined by all the men who were taking part in the ceremonies of the "pastores." Of course this broke up the festivities. The moon was shining brightly and we had a running fight with the Indians for several miles in the source of which one of the "shepherds" was killed and two of my men, one of whom had been playing the role of shepherd, were quite seriously wounded. One of the men on guard at the corral had been killed at the first dash of the Indians and as the result of the running fight we found five dead Indians after daylight next morning.

Enjoy reading first-hand accounts from the settlers and pioneers of the Texas frontier? There’s lot’s morehere.