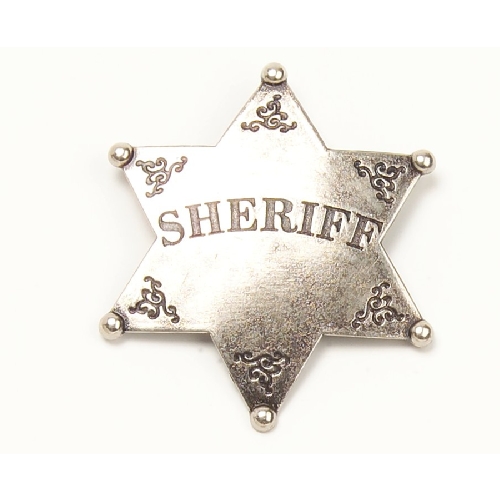 Ira. L. Wheat, former sheriff of Edwards county, who attended the State Fair of Texas last week, and Henry Putz, 4116 McKinney Avenue, met the other day for the first time in forty years.

In 1885, Putz was a member of the Texas Rangers, Company F, Captain Will Scott, Sergeant K. A. Brooks. The Rangers had gone to Montell, Uvalde county, on the trail of a widely organized gang of horse thieves, and Wheat had met them there to be their guide through the rocky fastnesses of that wild region.

"Mr. Wheat showed us through the wilderness of Southwest Texas about the time we were proud of our whiskers, and I am now reciprocating the favor by showing him through the Wilderness of the greatest city in the South when we are both a trifle grizzled," said Mr. Putz,talking from his Ford.

"My father, George Wheat, who came to Texas from Arkansas was killed by the Apache Indians in Medina county in 1861, when I was 4 years old," said Mr. Wheat. "In my childhood, and for long after, Southwest Texas was as wild as when La Salle looked it over.

"I settled in Edwards county in 1878. The Apaches were still raiding the country, murdering and stealing. The Comanches, the Huns of the Southwest, made whirlwind cavalry forays into the settlements. The Apaches always softly crept in, afoot., hoping to be able to go out on the backs of stolen horses, and too many times they realized their hopes.

McLaurins and the Coalsons--and retired with a good bunch of horses. That was in 1879 or 1880.

"A squad of United States soldiers under command of Capt. Bullard, followed this band into Mexico, and discovered them camped in a pleasant valley, sixty miles beyond Del Rio. The savages were supinely resting after their fatiguing journey. The soldiers opened fire on them from all directions. With the exception of one old squaw, all the Indians in the camp were killed without a single casualty on the side of the attacking party. This squaw, who was young, was exceptionally graceful and good looking considering her antecedents, for the Apache squaws were the coarsest and ugliest of all Indian women. The United States government took charge of her, and I never heard what became of her.

"I was elected Sheriff of Edwards county in 1881 and held the office continuously until 1896. Before I was elected Sheriff I acted as guide for the rangers in their operations against the organized horse thieves, and afterwards cooperated, with them. Horse stealing was carried on on a large scale for many years. The thieves in each county were organized and worked together from one county to another, through Val Verde, Sutton, Kimble and Edwards, from the Rio Grande to Georgetown and Austin, whence they made their shipments. Not content with what horses they could steal in Texas, they smuggled in bunch after bunch from the other side of the Rio Grande. They covered a territory about 100 miles in length by 100 to 150 in width. The gang in each county passed its roundups to the gang in the adjoining county. They operated by night and were back home by daylight.

"It Was estimated that at least 500 men were connected with this industry when it was at its height. Among them were some wealthy men, and a great many first rate young men, who had, by means which they could not explain themselves been gradually drawn into the organization.

"It was not their idea to fight the rangers and the Sheriffs. They depended on outwitting us, and this they succeeded in doing for about twelve years. Through their admirable organization, they always got wind of the coming of tiie rangers long enough in advance to betake themselves to the mountains, so it early became apparent that terrible as the rangers were against outlaws in general, they were ineffective against this particular gang, and that if the outlaws were ever run to earth the Sheriffs would have to do it. Accordingly Sheriffs W. H. Baylor, Dick Russell and Noah Corder and I got together and decided to put among the thieves a man of our own.

We encountered great difficulty in finding a man who was willing, even for good money, to undertake such a hazardous adventure. But finally a volunteer came forward, one of these fellows who are born without the fear bump, who live on excitement and set little value on their own lives. He put us in possession of evidence on which we secured thirty-seven convictions and made things so unsafe for the rest of the horde that they disbanded. But, as we predicted, they got our man. We never heard exactly what befell him but it was easy to conjecture.

“The Sheriffs put the gang out of business with a minimum of bloodshed. They had to kill Alvin and Will Odell, brothers, fine fellows, who like so many other first rate youngsters in the early days got off on the wrong foot. Three of my deputies and two or three rangers came on the Odell boys in the hills of Edwards county and demanded their surrender. Instead of complying they reached for their Winchesters, and of course perished in the unequal combat.

“The worst men among the outlaws were Lon Bass, who was killed by the rangers, and Bill Chisolm, who escaped to Mexico and there died. It was they who largely directed the operations of the combined gangs. Chisholm legitimately owned large cattle interests. The rangers who cooperated with the Sheriffs were Capts. Frank Jones, Will Scott, K. J. Brooks and Gillette. Capt. Brooks settled Brooks county, which was named for him. He represented the county in the Legislature and later was elected county judge.

“As a youngster I ran cattle for a long time, working for Lytle & McDaniel, trail drivers, and owners of big herds. I made several trips over the trail, starting from Medina county and winding up at Abilene or Wichita, Kansas. The Cattle in those days were longhorns without the least trace of improved blood, and were almost as wild as deer. The western half of Texas was wide open range, covered with knee-high grasses, on which cattle fattened as they journeyed north. It required, ordinarily four months to move a herd from Medina County to Kansas.

"There being no fences, cattle mixed to a considerable extent and at the roundups cattlemen found the brands of all their neighbors represented in their herds. To save the labor of cutting out they usually bought all the strays among their cattle. The standing price in the 70's and was $3 a head for yearlings and $11 for steers.

“In early days closely pressed outlaws in south Texas found safe passage out of the country by enlisting as trail drivers. One year, about 1876, the sheriffs of the counties of the Southwest turned over to the rangers a batch of indictments with descriptions of the boys wanted. The rangers stationed themselves at the head of the Llano river, stopped each herd and cut out the cowboys. They made so many arrests that some of the herds were left without men enough to handle them. C. K. Burr, now living in San Antonio was one of the rangers employed in this work.

“The rocky counties of the Southwest, including Val Verde, Edwards, Kinney, Uvalde, Real and Medina were long passed up by the settlers as worthless, just as the covered wagons crossed the Sandy lands of East Texas as people traverse a desert. And just as the people of East Texas have grown rich by cultivating vegetables, fruit, melons and berries, so the people of the rocky counties have found prosperity in raising goats, sheep and fine cattle. There are no more longhorn cattle or Mexican goats in those counties.

"Arnold and Landrum of Uvalde county made the first importation of Angora goats in 1885 and Mr. Witt introduced the first African goat 12 years ago. He paid $1,200 for it, but it died in a short time. African goats at an auction early this year brought all the way from $300 to $800 each. African goats, which it appears are not easily procured, yield fleeces of mohair which is so valuable that the owners of herds of them will give the kids to anyone who will bind himself to give them the first shearing of mohair in payment. Our rocky region is stocked with Angora and African goats and the finest grades of sheep and cattle, and it is rolling in prosperity. Our people have found out how to smite the barren rocks in a way to make them gush forth riches.