The Story of the Old French Colony 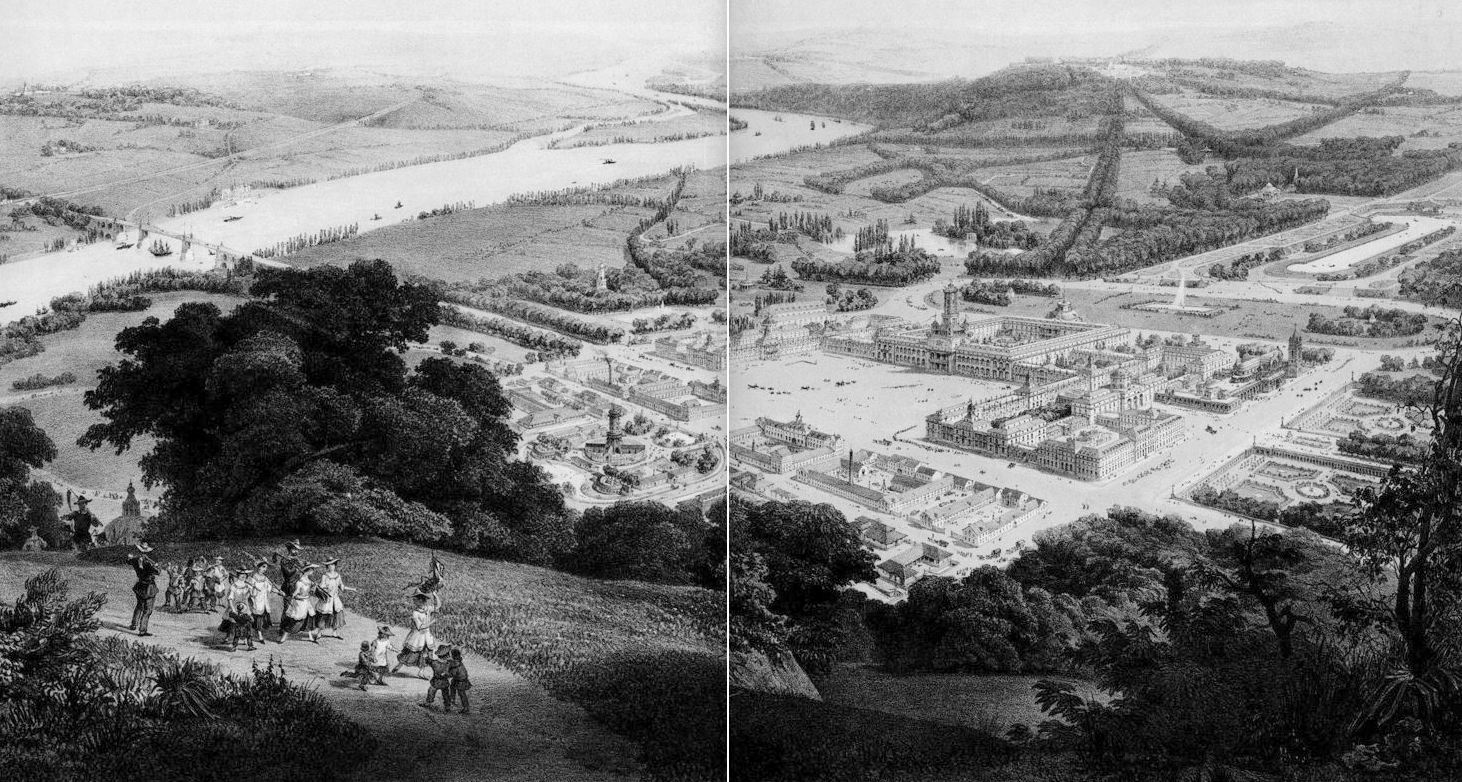 WHILE THE PRINCIPAL events connected with the early colonization and settlement of Dallas have been recorded in the various histories, yet there are some which are more clearly recorded in the hearts of the citizens. Of these, I would mention "The Story of the Old French Colony." This is the history of "La Reunion," dream city of early Texas, and of the little band of French, Belgian and Swiss idealists, who sought Utopia on the banks of the Trinity.

No incident in the history of Dallas was so great a factor in the molding of all Texas, as was the coming of the early French colonists. No bit of Dallas history carries a more historical, courageous, self-sacrificing, humane or sweeter narrative than that of these brave, trusting, God-fearing, innocent and unassuming people.

These were professional, cultured and educated people of the very highest type. They were gifted in their line of art, some being graduates. Musicians, artists, authors, artisans, tradesmen, and men of every walk of life came until the settlement numbered about 500 souls. There were scarcely a dozen farmers.

During the nineteenth century, the social science of Fourier was attracting the attention of the intellectual young men of Europe and America. Dissatisfied with the atmosphere of war, which had hung over France for many years, Victor Considerant, engineer and adventurer, longed to put into practice the communistic formulas of his master, Fourier. Later, he sailed to the United States in search of a location for his "dream colony. "

Considerant finally decided on 12,000 acres in Dallas county, west of the Trinity. Upon his return to Brussels he published a book "Au Texas. " The Franco-American Colonization, with offices in Paris, Brussels and Geneva, was organized for the purpose of bringing emigrants to America. Thus, led by Considerant, these brave adventurers left the splendors of home, with high hopes, to seek their fortunes in America, where they might live according to their own Ideas.

Among the first band of colonists to arrive were those who sailed from Antwerp in the ship Uriel, one of the four sister ships built for trade between Antwerp and New Orleans. From New Orleans they sailed to Galveston, up the bayou to Houston, intending to come to Dallas by boat, up the Trinity; but finding the river dry, they purchased ox-carts to haul tools and luggage, and came overland.

The men walked to the site selected for the colony. Some of the women also walked, Mrs. Santerree carrying a two-year-old child on her back. Mrs. Cesarine Redmond, who came with her parents when only a girl, vividly recalls the frightful overland journey to Dallas County. The plodding oxen, perspiring men, patient women, wailing children and stifling dust all give us an idea of the hardships endured. On the other hand, I have often heard John B. Louckx, one of the original colonists, speak of the beautiful blue skies, the delightful boat trip and the fragrant oleander and jasmine odor mingling with the songs of the birds, as if to welcome them. He marveled at the beauties of Galveston and Houston.

It took the colonists, according to Mr. Louckx, twenty-six days to come from Houston to the site selected, where they arrived April 26, 1855. They called the settlement "Reunion," at their joy at being reunited in the new land. The town founded was near what is now Comet City, about two miles northwest of Oak Cliff.

Soon houses of stone were erected and the land was cleared for cultivation. A community store and a community restaurant were opened and a school started. The settlers brought with them implements and machinery for spinning and weaving, the tools of various handicrafts, and they stocked the land with cattle, horses, chickens, ducks, geese and turkeys. They provided everything in fact, to make a happy and self-supporting community.

It was not long before the colonists put the various instruments to work. Soon they were singing a "song of thrift and honest labor, mingled with lofty ideals." What a beautiful picture for an artist's brush or the tongue of the poet. I can see them now, as Mr. Louckx described them to me. They were a bewildered, quaint and oddly dressed group, yet with faces overjoyed with the wonderful prospects and natural scenery.

There are illustrations of the "President's House" and "Community Store” from original sketches made at French town by a member of Frank Reagaugh's (famous Texas painter) sketching party before the buildings were in ruins. The President's house was of quaint architecture, built of logs and rawhide lumber. Upon the interior and the exterior, a most wonderful wash had been applied, which withstood deterioration and Texas weather until the walls were destroyed. The house contained a snow-white mantel carved by hand from a lime rock; also a piano, the first ever brought to Dallas county, property of A. Bureau, a trained musisian, who had been director of a music theater in Paris. There were a number of fine musical composers of note. (One of Bureau's pieces is in the music book used in our public schools.) The President's house was the residence of Victor Considerant, Prosper Cantegral, and Allyre Bureau, in turn, as they directed the destinies of this remarkable settlement.

A short distance from this structure was the old co-operative storehouse. Many of the old stone and concrete houses to be seen in Dallas until recently were built by the colonists.

The colonists enjoyed many dances, with songs and merry-making. I was told of a Fourth of July celebration in 1856, when the colonists sang the "Marseillaise," led by M. Vreidrag. Mr. Allen, an American, made an address. Many Dallas citizens were present. There was a grand ball that night and refreshments. One man owned an organ. Others brought flutes and violins. Abel Daeily, a member of the singing society, played the flute. The singing society, which afforded the colonists great pleasure, used the method of figures for notes, as prescribed by Cheve of Paris.

Within three years of its beginning, "La Reunion" was a dream of the past. Considerant was among the first to leave. Many disappointed colonists returned to Europe, but some remained in the settlement, while others moved to other states.

Many of the colonists gained national reputations, as physicians, geologists, musicians, authors, architects, botanists, and engineers. Those who remained held prominent positions in the growth of Dallas and her government. They served as Mayor (Ben Long), United States Commissioner, alderman, school directors, firemen, architects (Vreidag, who submitted plans for a Dallas courthouse.)

It was during the administration of John Louckx as alderman and member of the school hoard, that an appropriation of $100,000 for the inauguration of a public school system was made. With this sum four sites and four buildings were procured. Many of the colonists were early school and music teachers. Dr. Savardan was the best doctor in this part of the country, and author of numerous fine works. Mrs. Vigoureaux was a musician, artist, and writer. Emile Demond, scientific farmer, who had great faith in the land, told the colonists that, if they would only hold on to the land, the rocks under them would make their descendants rich. This was correct. The cement companies have already realized fortunes out of these same rocks, and there is still more to be made. Julian Revercohn, for whom one of our public parks has been named, was a botanist of international reputation, made a large collection of Texas plants, which is now in the Shaw Garden of Mt. Louis. Some plants have been named for him by Asa Gray, American botanist, thus perpetuating his name. Francois Cantegral, for whom a Dallas street. was named, was the author of many fine books. Enginard was an engineer of note and colonist of varied accomplishments. Francis Sauters knew more of agriculture than anyone in the colony. Ben Long served as United States Commissioner, mayor and deputy sheriff. Athanase Cretien was a collar maker in France but could work in steel and wood. He made wheels on which the women spun flax brought by them from France, also made spinning wheels for Americans. John B. Louckx, Charles Capy and Mrs. Cesarine Remond were among the last survivors of the colony.

Want of food, not courage, was responsible for the failure of the French colony. Had Considerant purchased fertile land instead of limestone, and brought farmers rather than artists, the result might have been different. Being fine artists, the colonists taught the Americans many trades, making them skilled workmen. Much of the culture was absorbed by the Americans and proved to be of much value to the citizens of Dallas and Texas.

(EDITOR'S NOTE—We have often wondered what became of the remnant of these French colonists, but recently we came into possession of Olmsted's "A Journey Through Texas" published in 1857, and on page 284 of that very interesting book we find this paragraph: "At the head of the Sabinal river are a number of non slaveholding farmers, from northern states, engaged in sheep and cattle raising, settled together upon a rich and sheltered tract of pasture. To the same place, if I am correctly informed, Victor Considerant has brought the remnant of his communist colony. His first position was a very ill-chosen one, upon Trinity river, in Dallas county, amid a population of planters, who looked with extreme coldness and jealousy upon such an incursion as that of a thousand Preuch "agrarians," all and, perforce, free-labor men. The experiment appears to have been a brief one. The colony, which arrived in the winter of 1854-5, was already, at the end of one season, shattered and dispersed. A few remained upon the domain of the association, with some separate organization; it few were faithful to Considerant, and have followed him to this new and more hopeful position, while the great body scattered to try their fortunes over the state. The more intimate reasons and circumstances of the failure are not yet public. An application for the incorporation of M. Considerant's colony has failed in the State Senate, at the extra session of 1856.")