MURDER OF MRS. HUNTER AND DAUGHTER 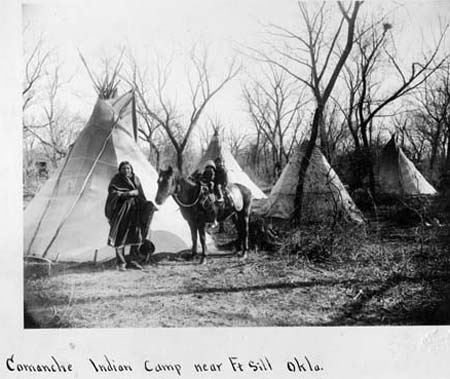 There is but little to chronicle concerning the settlement of Grayson county during the two years of 1840 and 1841, except attacks, murders and depredations committed by the Indians. It was fight and work, and work and fight the whole time, the harassed settlers scattering to their farms for a season, again taking refuge at Warren, or gathering together at the home of some better protected neighbor until the danger was over. The weary pioneer could only endure with patience and hope that emigration and superiority of numbers would finally effect a peace that the government seemed indifferent to hasten. One instance can only be given when the government came to their relief and that was when a company of regulars were sent out in the fall of 1839. They were thoroughly equipped with baggage wagons, ordnance, military tactics and red tape. It is needless to say they never sighted an Indian. The tardiness of the government and its slow deliberation in aiding and protecting these people is thoroughly in keeping with the course pursued with New Mexico and Arizona. What other government under the shining sun would hesitate and waste precious time in useless forms while a handful of Indians were murdering its subjects, stealing and generally defying the ruling powers? The prayers of the so-called humanitarians have never saved an innocent settler's life yet, or so changed the nature of an Indian that he would not kill and scalp whenever an opportunity offered.

These wars and rumors of wars did not hinder immigration as might be supposed; on the contrary, people were coming into Texas from all directions and taking advantage of the liberal inducements offered by the Republic in regard to land grants—every man or family located wherever the situation pleased him, and there settled with the intention of making that place his home. The majority of immigrants were farmers—just what the new country needed—and not town builders. Warren grew but slowly, and Sherman was yet in the future, and not thought of.

The settlers lived too far apart for sociability; but all were united in one common cause, that of making comfortable homes for themselves and of defense against their common enemy, the Indians. The later emigrants into Grayson county of about 1840 numbered among them one Doctor Hunter and family, who, tempted by the glowing descriptions of Texas, the fertility of the soil and beautiful landscapes, decided to make it their home, locating about eight miles east of Warren, and quite a distance from any neighboring settler. The family consisted of Doctor Hunter, his wife and four children, one son and daughter grown, and two little girls of ten and twelve years of age; a colored woman servant also accompanied them. The first important event that transpired in this family circle after settling in their new home was the marriage of their eldest daughter to Mr. William Lankford of Warren.

The wedding festivities over, the happy pair departed to their new home a few miles west of Choctaw near Red River, and the family resumed their daily routine. All was peace, quietude and happy contentment until, like a cloud of vampires, the Indians, with one fell blow, forever blasted that happy home, and thus it was: A few days after the wedding the doctor and his son had occasion to be away from home on business and did not expect to return until evening. Not dreaming of danger lurking in the woods the rest of the family pursued their usual avocation without uneasiness or fear of trouble. Late in the afternoon the two little girl's took a bucket and went to the spring, a hundred yards or more from the house, to get some water. Little realizing the dreadful doom awaiting them at the end of their path, they tripped along in unsuspecting innocence, and with merry thoughts and childish chatter, reaching the spring, filled the bucket and started back to the house. But glittering restless eyes were watching every movement and they had taken but a few steps when a hideously painted Indian sprang out of the bushes by the path, and before a sound could be uttered he shot the younger girl with an arrow, killing her instantly. This painted fiend was joined by another and still another until ten of his companions appeared from where they had been concealed in the bushes, and the poor girl, paralyzed with fright, offered no resistance, when they speedily took her captive and carried her with them to her home to witness the completion of their devilment. So quiet and sudden had been their attack upon the girls that no alarm had been raised and they had no trouble in surprising and killing Mrs. Hunter and the negro woman, scalping the former but not touching the latter.

Then they leisurely commenced ransacking the house for plunder; ripped open the feather beds and poured feathers all over their victims first, then packed up all the blankets and clothes they wanted, destroying the rest. In their search for valuables they came across a medicine chest belonging to the doctor which afforded them considerable amusement. They emptied bottles, threw pills at each other, taking care not to swallow any, and rummaged and smelled of everything in the chest with a good deal of hilarity until they got hold of some assafoetida and agua fortis. That proved too much for them, and with a good deal of snuffing and many grunts of disgust they ceased their investigations,and prepared to leave.

It was growing dark and they suddenly seemed to think it was time to leave. So gathering up their spoils in great haste and securing their prisoner they left in a hurry. They had not yet got out of hearing when young Hunter rode up to the fence and hallooed for someone to come out. His sister and the Indians heard him, and to get away from that vicinity in greater haste one of the Indians took her on his back and carried her until they considered themselves safe from pursuit. They traveled all that night in a drizzling rain and only halted next day to dry their blankets and rest, then they scattered in parties of two and three to mislead any pursuit, and in a few days reached their villages.

To return to the scene of the tragedy: When young Hunter could get no response to his repeated calls, and seeing no light anywhere, he dismounted and went into the house, wondering where his folks were and why they were absent. All was darkness and silence; the pungent odor of the medicines pervaded the air, and a horror of something he knew not what, took possession of him. He hastened to make a light, and in groping around in the dark, hunting for the steel and flint he stumbled over something lying on the floor. Stooping down to find out what it was, to his horror he felt a body, and feeling feathers all over it, his trembling hand sought the face. Brushing aside the feathers, moist and clammy with her life blood, he recognized his murdered mother, and in the same moment felt the dreaded "sign manual" of the blood thirsty savages -- his mother was scalped!

What a situation! Alone in the dark, his murdered mother lying cold at his feet, his sisters, perhaps, in the same condition somewhere, the nearest neighbor miles away. What was he to do! Bewildered and stunned by this awful condition of things, he staggered to his horse, mounted and with all possible speed roused the neighbors and started rangers in pursuit of the Indians. But it was, of course, a fruitless journey, as the Indians had gained a good many hours' advantage and had scattered in all directions.

Search was made about the house for the girls, and not finding them it was believed that both had been carried off by the Indians. It was by accident that the body of the murdered girl was found near the spring the next day, and that left the fate of the other one wrapped in mystery and uncertainty. An age of suspense and anxiety passed before the brokenhearted father and brother could get any tidings whatever of the missing girl, when at last they heard that a white girl of about her age had been sold to the friendly Choctaws by some wild Indians.

Hoping and praying that she might prove to be his sister the brother went over to the Nation and hunted her up. He found her and saw at last his long lost sister; bought her from her owners and brought her back to what was left of home and family circle. In relating her experiences with the savages she said that on the journey, from her home to their village the Indians would mark out a circle on the ground every night when they camped, build a fire in the center of it and make her sit by it and scrape and clean her mother's scalp. Night after night the poor girl had to go through this performance until they arrived at the Indian villages. She was compelled to work early and late with little to eat and exposed to all kinds of weather. For six months they kept her going from one band to another until they saw a good chance to make a trade, then sold her to the Choctaws, and from them she was at last rescued by her brother and taken home. 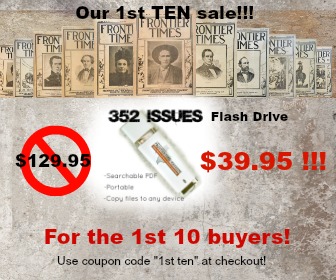