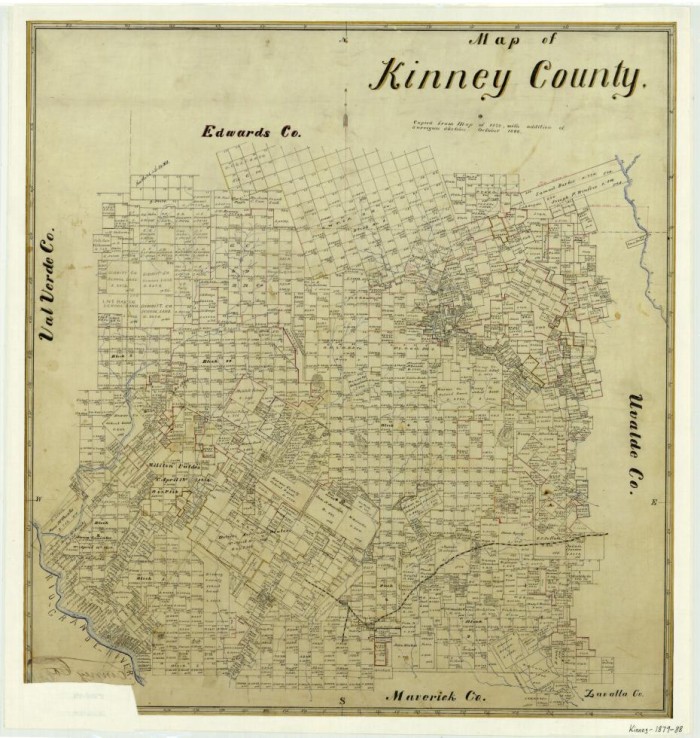 The war between the States drew most of the manpower out of Southwest Texas and, as a consequence, Indian depredations, which had been irregular previously to that time, became more frequent and more aggravated. Many of the pioneers were caught off guard and murdered by savages.

The country bordering Nueces river, toward the head draws, though thinly settled was a splendid range with an abundant water supply that made it a sort of paradise for stock raisers.  Because of this the more daring ranchmen braved the dangers lurking from savage foe in the fertile hills and valleys of the Nueces. Homes were constantly menaced by Indian attack. When a settler would go to the nearest trading point for supplies, he hardly knew whether he would find his unprotected family alive upon returning home or not. Often the redskins took advantage of such absence to make a raid, sometimes killing the helpless wife and children and stealing the livestock.

Albert Schwandner of Kinney county was a six-year-old boy living near Camp Wood in those perilous days. He could not erase from his mind the awful tragedy that bereft him of his mother. She was stood up under a tree and shot dead with bow and arrow by savage  s while he was forced to remain nearby and witness the tragedy.

Mr. Schwandner said: "When our ranch was raided we were living many miles from the nearest neighbor and depended upon the good rifle aim of my father and mother for protection. They were both splendid shots and neither ventured far from the door at any time without firearms. On this ill-fated day, however, father, who was a sheepman, had taken some ewes and lambs quite a distance from home to feed, and mother was caught off guard by the red devils, who sneaked upon her during father's absence.

"The Indians had hid their horses behind a clump of bushes, while they crawled up to our back door through the weeds. My mother was in the kitchen at work and when I heard her scream I ran to her. I had never seen an Indian before, though I had often heard my parents talk of them. I knew enough to go immediately for my father and started to do so, but I had gone but a few steps from the door when a big buck caught me. I shall never forget the hideous grin on his face when he took hold of my ear and jerked me back to where they held captive my frantic mother."

The meager supply of provisions in the house were strapped by the Indians to the only saddle horse then on the ranch. As the chief and his warriors mounted their horses, the command to go forward was given, but the boy and his mother were ordered to travel afoot, to keep in the lead — and not "too far" in the lead.

It was late in the evening when the Indians, with their two captives entered a cedar brake, many miles away. Deer and turkey were very plentiful in the brakes and Mr. Schwandner said that the Indians stopped to take a shot at a big buck deer which stood defiantly out in an open glade. After the buck was killed there seemed to be disagreement among the Indians as to who killed it. While this dispute was going on, and the savages were not watching, his mother picked up a rock and hurled it at one of the savages, hitting him squarely on the head. Then she grabbed her boy by the hand and made a break for liberty.

It was a fruitless attempt, of course, but the poor woman was frantic with fear. The mother and son were quickly recaptured and brought back into the presence of the chief, who was very cruel and heartless. He had his two victims tied, made motions to his followers to gather wood and start a fire. The mother pleaded for her boy, trying to make her captors understand that he was not responsible for what had happened. "He is only a baby," she cried, "and no brave would kill a baby. "

It is doubtful whether the savages understood the mother's pleadings. But after a lot of jabbering on the part of the Indians, Mrs. Schwandner was stood up against a big cedar tree and tantalized for several minutes. Then one of the brutes led the boy near to his mother and told him to stand there. Meanwhile, a young savage, with bow in hand, took a position about 30 yards from the doomed woman. He drew an arrow from his quiver, took careful aim, pulling it against the cord and let it fly.

"I saw my mother fall, shot through the heart," Mr. Schwandner said. "She looked at me and tried to smile. The assassins left her there in the cedar brake without attempting to bury her. We continued our journey far into the night, reaching a camp where there were twenty more Indians, all well armed and mounted. The next morning I was tied on a pony behind a young buck and we set out in the direction of Mexico, stopping one night at Beaver Lake, or Devil's river. Several weeks later we crossed the Rio Grande river, where my captors traded me to a Mexican for a pony. I was taken inland and put to work on a ranch in the mountains near Cuatro Ciengas.

"When father returned home and missed mother and I he was fearful that we had been captured or killed by Indians," continued Mr. Schwandner, "so he went to Uvalde for help. He had to walk forty-five miles, for the Indians had stolen his horses, and it took him a day and night to complete the journey. At Uvalde he enlisted seventeen men to aid in pursuit of the Indians, including John Cook, Dan Davis. Mr. Boles, Mr. Westfall, and Mr. Millifant, all pioneer Indian fighters. The trail was taken up by the seventeen men but they failed to overtake the Indians."

A year or two later John Crawford of Uvalde was prospecting in Northern Mexico. He came upon the stolen boy and recognized him. When Crawford returned to the United States he visited Camp Wood and informed old man Schwandner of his discovery, and related to him for the first time the sad circumstances of the murder of his wife.

The elder Schwandner immediately set out for Cuatro Cienegas, located sixty miles south of Eagle Pass. The section penetrated by him was wild and lawless at that time, infested by Indians, Mexican bandits and American renegades hiding from justice, who would commit murder for a chew of tobacco. At Piedras Negras a friend, learning of the proposed journey, advised against it. But the old frontiersman wanted his boy and was willing to take any reasonable chance in an effort to redeem him. It was 12 o'clock at night when he reached the house where his son was forcibly detained. "I heard father speak and immediately recognized his voice," declared Mr. Schwandner, in relating the incident to me sixty-six years after it occurred. "I tell you it was music to my ears, yet I was afraid for him. I thought the Mexicans might kill him rather than give me up."

Old man Schwandner was a trader, however, and he knew that money would go farther than bluff or sentiment with these people, consequently a ransom fee was agreed upon and bright and early the next morning father and son set out for Texas. It was a happy pair that rode northward through the mountains, yet deep in their hearts was a sorrowful memory of the touch of a vanished hand and the sound of a voice that was still. 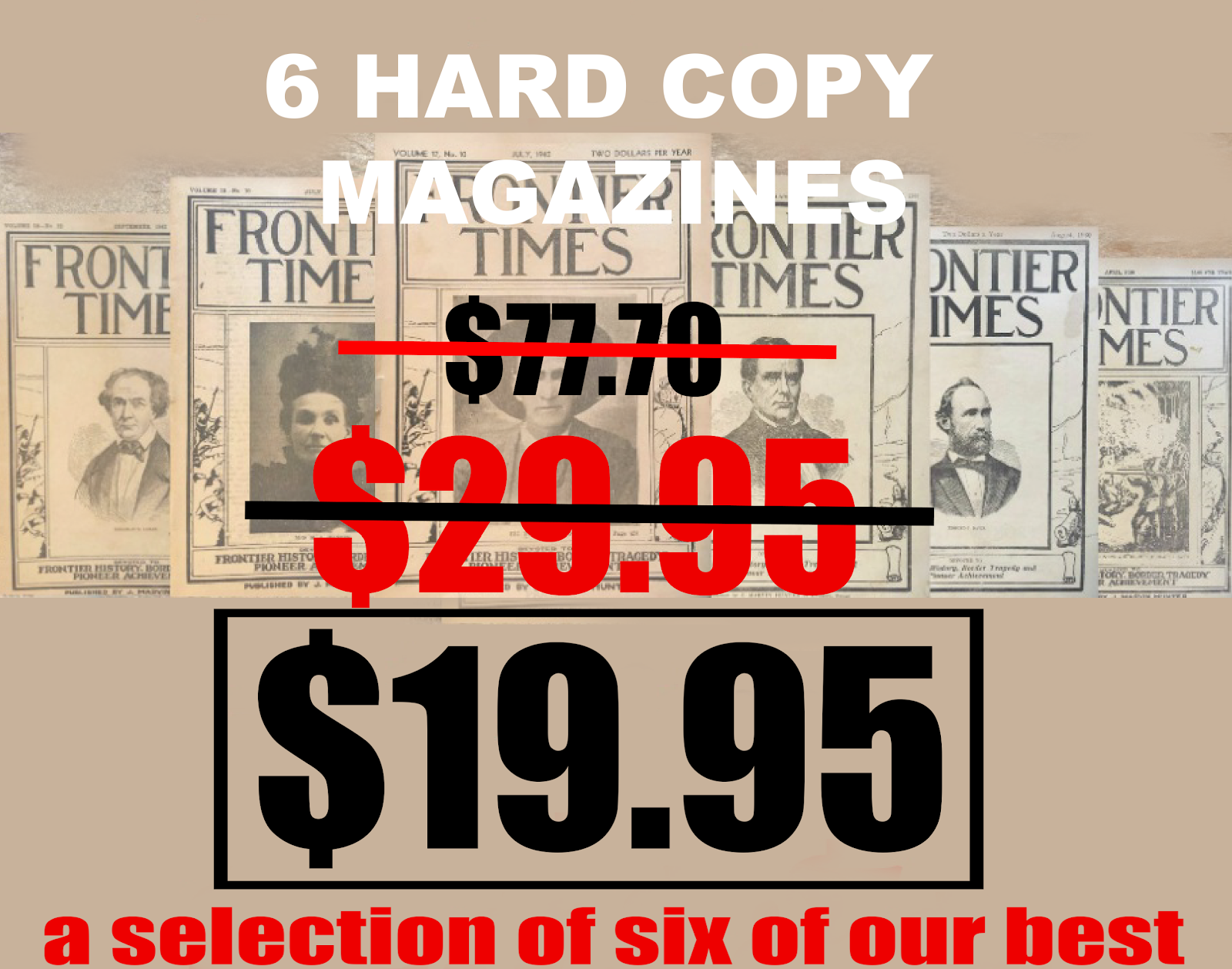