Home  ›  Blog  ›  THE STORY OF THE MORGAN MASSACRE

THE STORY OF THE MORGAN MASSACRE 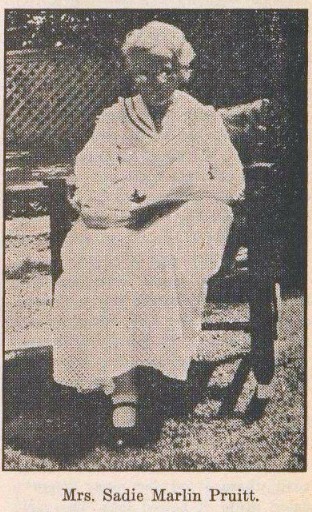 THE MARLIN FAMILY, for whom the town of Marlin was named, and the Morgan family were the first to experience an Indian massacre in Falls county," said Mrs. Sadie Marlin Pruitt, pioneer settler, recently.

"James and John Marlin came from Ireland to the United States and drifted to the promising land of Texas about the time that Sterling C. Robertson started his settlement in the Municipality of Viesca. They settled near the new town of Viesca, the capital of the municipality, located on the west banks of the Brazos river, near the present town of Marlin. James Marlin received his land for Indian fighting on the frontier."

Mrs. Sarah Marlin Pruitt was born March 25th, seventy-three years ago, near the town of Perry, Texas. The little town of Perry, located on the Houston highway between Waco and Marlin, was named for her grandfather, Judge A. C. Perry, a prominent lawyer of the early days. Mrs. Pruitt lived in the community seventeen years, when she was married to Sam Marlin, son of James Marlin, for whom the town of Marlin was named. After her marriage to Sam Marlin they moved to Reagan, where she lived until four years ago. She now lives in Cisco.

"The country was sparsely populated and the settlers were in danger both from Mexicans and the Indians. The fertile land of Texas was a free range for deer, turkeys, bears, and all wild game and animals. There were no large towns, and the colonists followed landmarks as guides over the vast country. The village of Viesca was located near the Falls of the Brazos, which was one of Texas' early landmarks. The small town afforded little protection to the few settlers along the Brazos. When the Mexicans and the Texians went to war with each other many of the families around the Falls of the Brazos moved to more thickly populated settlements in other parts of the country. This was what was called the "Runaway Scrape." The families were so frightened that they deserted their log cabins and crops and fled. The Marlins and the Morgans were among the first to return to their land around old Viesca after the revolution.They settled on the east side of the river.  John Marlin located three or four miles from the present town of Marlin. A little later a settlement, known as Bucksnort, grew up around his place. There were several stores and the first blacksmith shop in the county. People came from all over the western frontier to trade here. Bucksnort was the first post office in the present bounds of the county, and was also known as `Old Marlin' by the early settlers.

"The war with Mexico did not settle all of the trouble for the settlers along the Brazos. Thieving bands of Indians were the constant terror of the newcomers. They would gobble like turkeys or bark like dogs and slip up on the occupants of the cabins, steal their horses and cattle and travel on.

"I have often heard Stacy Ann Marlin tell the story of the Morgan massacre as recorded by John Henry Brown and Wilbarger. It seems that several versions of this story have been given but this is the true story told me by one who almost lost her life on that fatal night.

"Seven miles northwest of Marlin, on what is known as the Rock Dam road, there stood for many years a cabin made of hewed logs. The early houses were built of logs and called double log cabins. Some had drift floors and others had puncheon floors. One large log split in the middle and turned upside down so that the smooth side made the floor is what was called a puncheon. The double log cabin which the James Marlin and George Morgan families occupied at this time had puncheon floors. They lived like this—two or more families in a cabin for protection from the Indians. The elder Morgans were quite old. George Morgan was about twenty-two or twenty-three. in the Marlin family were Mr. and Mrs. Marlin, a young son of ten years named Isaac, two daughters, Stacy Ann, a young woman who had recently married George Morgan, and Adeline, a pretty blond girl of sixteen years.

"The men folk of the place had gone off for corn, a distance of some eighteen or twenty miles. This distance now would be made in a few hours with such roads or highways as we now have. But in those days there were only bridle paths or cow trails, and no bridges to span the swollen streams. And there were more than one to be crossed before they could reach where they going south of "Old Marlin." This place was named for John Marlin and he is buried there. The name was changed to Bucksnort later.

" On this ill fated night the women who made their home in the long house, knowing the men would not return that night, had finished the night chores, eaten supper, and were sitting around the fire talking and carding wool. Suddenly the shrill warwhoop of the Indians chilled the blood in their veins. They were paralyzed with fear. In less time than it takes to tell it the Indians were in the house hacking and scalping with their tomahawks, their helpless victims. They killed Mr. and Mrs. Morgan, Mrs. Marlin and Adeline almost instantly. Isaac Marlin, the little boy, slipped out without notice as the Indians entered the house. He ran for a little way from the house and hid behind a fence. After the Indians had finished their brutal work of killing and stealing, they rode off as fast as their horses could carry them, with the negro slave girl belonging to Mrs. Marlin. Isaac counted the Indians as they passed. There were twenty-seven in all. The slave girl was never heard of again.

"Isaac Marlin went back to the house after he saw the Indians leave. Imagine what a trying ordeal for a little boy of ten years! His mother and sister and Mr. and Mrs. Morgan he found brutally murdered. He could not find Stacy Ann but he did find Adeline. Her beheaded body lay in a pool of blood while her hairless head was spiked on a pole. Her beautiful hair had disappeared with the Indians.

"Stacy Ann had been beaten almost into unconsciousness and left for dead. She feigned death when Isaac entered the house fearing that he was an Indian. She had fallen under the house where the puncheon floor had been pulled up by the Indians. She being weak from pain and loss of blood did not move as she had enough sense left to know that if she did move they would sever her head from her body to make sure that she was dead. When she felt that the Indians were gone and it was safe to move, she corralled her strength and crawled out of the house into the woods as far as her strength would allow. She stayed there all night. The wolves howled around her all night as they could sniff the blood from her wounds. They came so close she expected every minute to be torn to pieces but she had no thought of going back to the house for fear the Indians would come back and set fire to the place as they had a way of doing in those days.

"Isaac Marlin, after seeing the horrible death scene, was overwhelmed with fear and grief, but knew there was nothing that a little boy could do there. He spread something over the bodies and left them in the same positions. It was then about ten o'clock at night. He ran on his lonely journey back to the home of John Marlin, a distance of seven miles, to tell them of the horrible tragedy.

"Stacy Ann fell off to sleep the following morning and did not awaken until sometime during the afternoon. She realized that she was very thirsty and feverish. Upon looking about her she saw their milk cows nearby on their way to the pool which was fed from the spring which supplied the families with water. The old bell cow was standing within a short distance of Stacy Ann. She managed, with all of her strength, to get to the bell cow and by holding to the bell strap and the cow's tail, reached the spring. After much exertion, she got a cool drink which refreshed and gave her new life. She made her way slowly to the house. The men from the Old Marlin settlement were coming toward the house. At first they thought she was an Indian, but soon found out who she was and carried her to the house. She was critically ill for several days after the massacre.

"The settlers buried the dead.

"Stacy Ann lived to raise a family and outlived her husband. Many years after the massacre, she visited in our home and told us thrilling stories of the early settlement of Texas and of their experiences. She said that little notice at that time was given to fair women, brave men only counted. Her hands were horribly scarred from the blows that she received from the Indians with their tomahawks when she tried to protect her face the night of the massacre. They had hacked her hands and scarred her head. She always wore a cloth over her head. Many of the younger mothers in the community took their children to see a woman whom they said had been scalped. Stacy Ann Marlin Morgan had a sweet face and a kind word and cheery smile for everyone. She was still pleasant to look upon and interesting to talk to in her old days.

"After the Morgan and Marlin massacre the Indians attacked the home of John Marlin. His son Benjamin, Garrett Menifee and Thomas Menifee were there when the Indians came upon the house. They killed seven of the Indians, which caused the others to flee. The settlers organized a fighting force with Benjamin Bryant of Bryant's Station in command. They decided that the best thing to do was to engage the Indians in battle and drive them from the country. These men had to fight to save their homes. They met Jose Maria, noted Indian chief, and his Indians at Morgan's Point, between Perry and Marlin, in the open post oak woods near a dry ravine. Jose Maria's men won the battle, but a peace treaty was made with them by James Marlin after which time the Indians were not so hostile but pushed farther west. New settlers moved in and crude schools and churches were built. Slaves were brought in by plantation owners from other states. The county was organized and a log court house erected upon the square. Thus the early pioneers paid the price of civilization in the municipality of Viesca.

"Isaac Marlin never married, but lived the life of a farmer until the call came for recruits for the Civil War. He was among the first to enlist and was killed in action and buried in an unknown grave."

Mrs. Sadie Marlin Pruett is making her home now with Mrs. T. C. Williams of Cisco. She has two other children, Mrs. Shirley Marlin Carter who lives in Waco, and Eugene Marlin of Eloise. 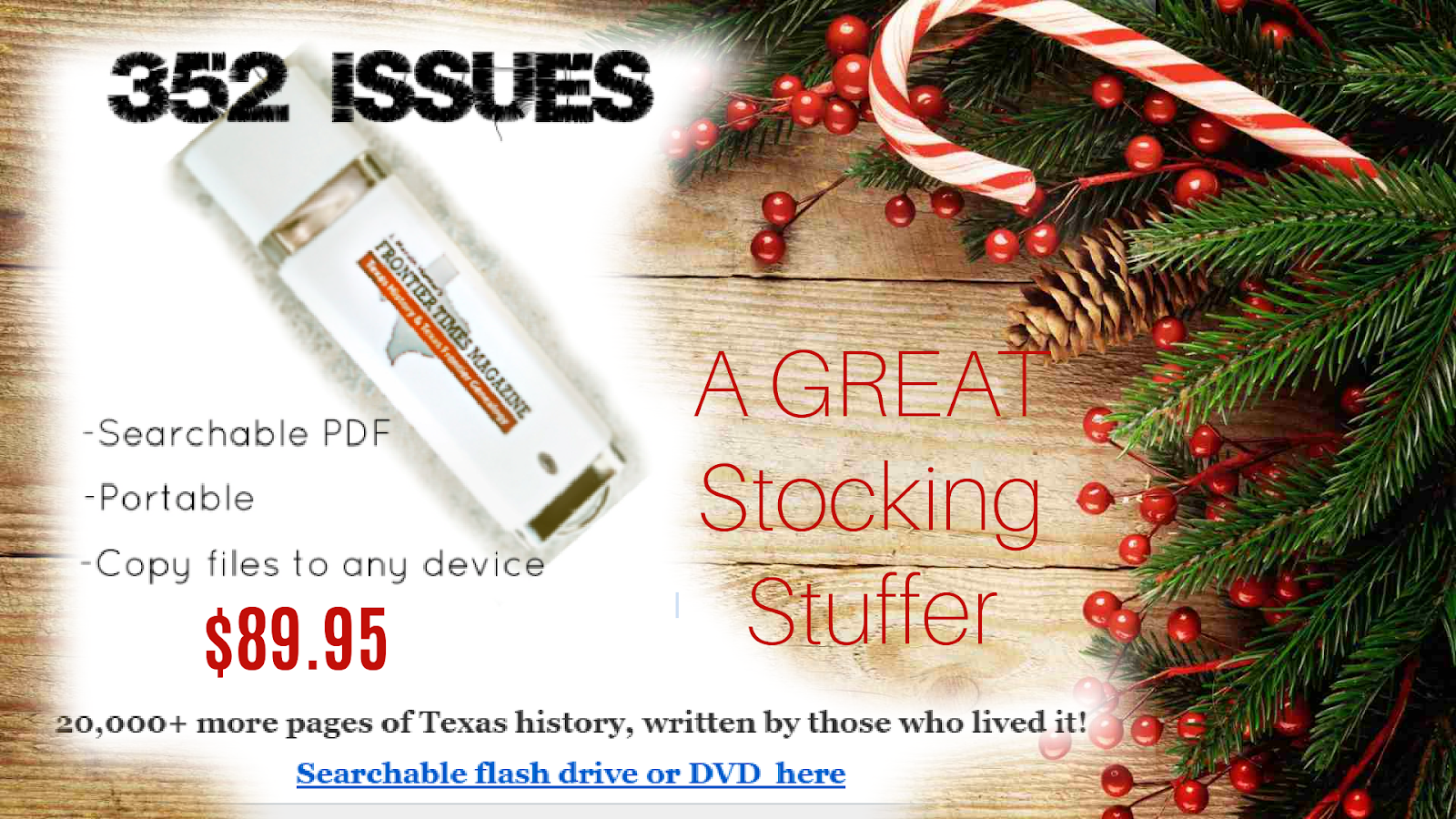